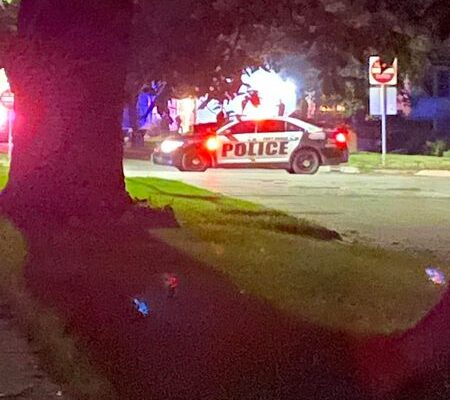 At approximately 8:42 P.M the Webster County Telecommunications Center received a report of shots fired in the area of 7th Avenue North and North 10th Street. Officers arrived on scene and spoke with numerous witnesses who had observed the incident.

Upon initial investigation, it was discovered that at least one individual was shooting at another near the 900 block of 7th Avenue North.

Officers located a male matching the description given in the alley.

As a result of the investigation thus far, a 14‐year‐old juvenile male has been arrested and charged With Trafficking Stolen Weapons, Reckless Use of a Firearm, Use of Dangerous Weapon in Commission of a Crime, Providing False Identification Information and Interference with Official Acts

The juvenile male was transported to the Central Iowa Juvenile Detention facility in Eldora.