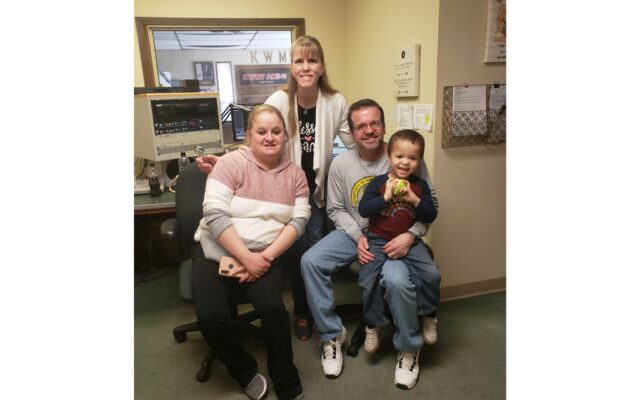 On March 12th 4 year old Tyten Herndon of Fort Dodge went from enjoying a pool party for his brother’s birthday to being rushed to the hospital after nearly drowning.

On Saturday, two weeks after what could have been a tragic day, a very healthy and happy Tyten and his family took thank you cards to the Fort Dodge Police Department and the first responders who were there to help save his life.

Stan yelled to his wife Heidi and started doing CPR. He says Doctor Michael Sargent, who was at another birthday party stepped in to help continue CPR until emergency personnel arrived.

The boy was without oxygen for about 8 minutes before EMT’s revived him.

He was transported to a hospital in Des Moines in uncertain condition and according to his mom, Lesley Herndon-Reed, it was touch and go for a while and there were concerns from lack of oxygen, but he had been saved in the nic of time through CPR efforts.

The Herndon family says if something good can come from this incident they hope it is that hotels and rec centers will be encouraged to stock flotation devices for little ones and that is what Heidi and Lesley will be pushing for.

The family is grateful for all of the people who helped and all of the prayers wishing Tyten would pull through.

Tyten Herndon stopped by to share with Alpha Media a message to everyone out there who has been rooting for his recovery, “Thank you everybody for praying for me,” he said.

Listen to the entire interview by pressing think below.