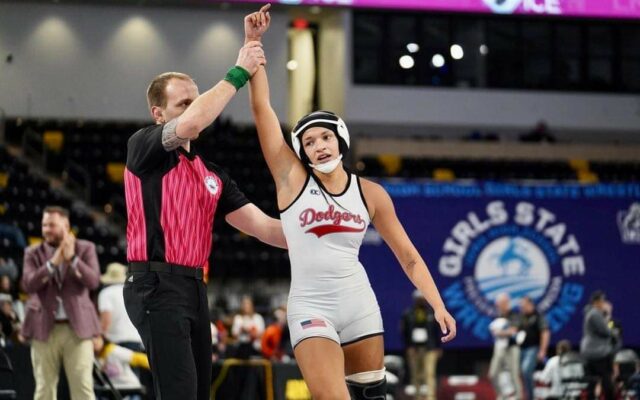 (Alpha Media – Brooke Bickford) Fort Dodge Senior High School wrestling standout Alexis Ross came in 2nd in the fan vote for the 2022 Dan Gable Ms. Wrestler of the Year, but the contest is not close to over.

The fan vote counts as one vote towards the Iowa Wrestling Coaches and Officials Association’s committee votes in each round. The association has selected 12 coaches and officials to serve on the committee and they will each have a vote. The fan vote will be used as vote 13 if there is a tie.

Alexis Ross is one of seven ladies in Iowa up for the honor.

Three finalists will be announced this week as we gear up for the IHSAA State Wrestling Tournament this weekend.