An area family has accused a bus driver in the Humboldt School District of physically abusing their 5 year old son. Todd Oleson is the father of the boy, he says the driver was out of line and the incident has shaken his son.

The Oleson’s live in Webster County and say the alleged incident happened in Webster County as the boy was being dropped off Thursday Afternoon. Todd Oleson says they originally were going to let the district handle it internally, but felt like initially they didn’t take it seriously enough.

The Webster County Sheriff’s Office was called to take an incident report on Thursday night. On Friday Evening, Sheriff Luke Fleener said the findings have been sent to the Webster County Attorney’s Office. That office will review whether or not formal charges will be brought up on the driver? A decision on that is expected early next week.

Humboldt School Superintendent Jim Murray said in a statement Friday evening “We are currently following procedures and investigating this issue.  We can’t publicly comment on personnel matters.  Per the district’s investigative procedures, the driver is currently on paid leave.  Families can be confident that student safety is our highest priority.”

(Writer’s Note: The allegations are of abuse of a physical nature not of any sexually related nature.)

(Photo Below is of the boys neck after the alleged incident. Expressed permission to use the photo was given by Todd Oleson) 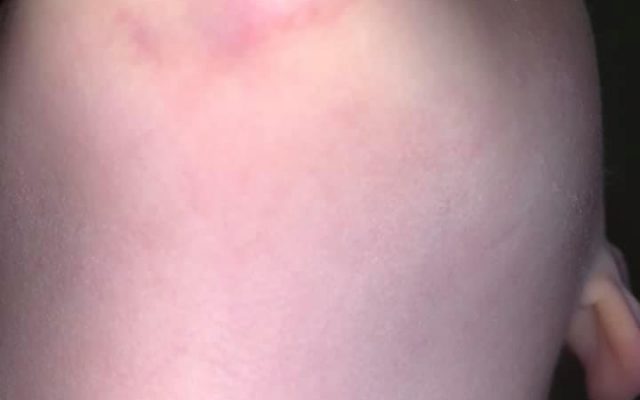