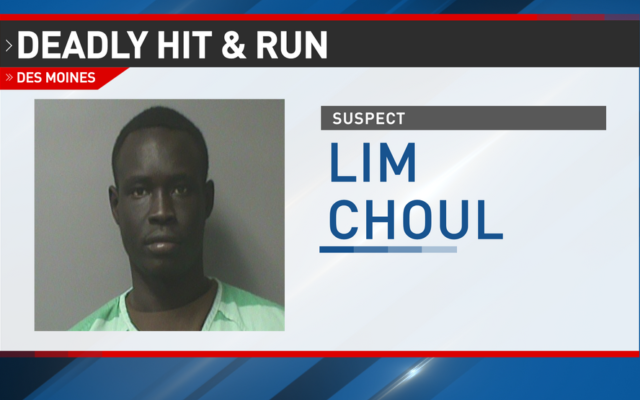 Sunday afternoon, Des Moines Police announced an arrest stemming from a fatal hit and run on Thanksgiving. 22 year old, Lim Bol Choul is facing charges of leaving the scene of an accident that resulted in death and driving while uninsured. The accident occurred shortly after 9 PM Thanksgiving night, when Choul allegedly struck a pedestrian with the vehicle he was driving. The victim’s identity has not yet been released. Police say the victim died at MercyOne Hospital after being transported there to be treated for injuries suffered in the incident.