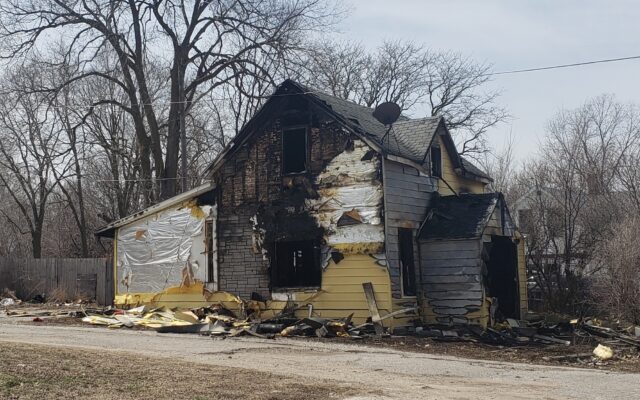 (Alpha Media- Brooke Bickford)
Fort Dodge Police have made an arrest in regards to a fire Friday night that fully engulfed a vacant home in Fort Dodge. 49 year old Shawna Searcy has been arrested and charged with Arson in the 2nd Degree as a result of an investigation into the Friday night house fire at 549 3rd Avenue North.

Searcy will make her initial court appearance tomorrow morning and all persons are presumed innocent until proven guilty in a court of law.

Alpha Media News was on the scene shortly after the fire was reported at just after 10:00 pm where the Fort Dodge Fire Department was in action, working to get the fire under control.
According to reports from Fort Dodge Fire Rescue, fire crews fought the blaze defensively to begin with, before entering the house and were on the scene well into the night.