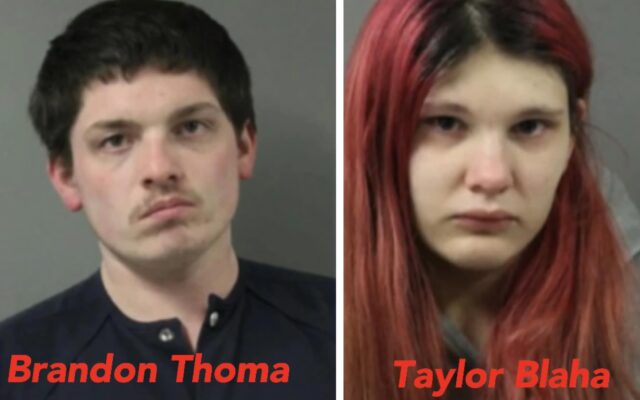 (Brooke Bickford – Alpha Media) Tuesday, Taylor Blaha and Brandon Thoma of Fort Dodge were in a Webster County Court where they both submitted written arraignments of not guilty to murder charges.

Blaha and Thoma were arrested and charged with 1st degree murder last month following a homicide investigation of their infant daughter that began before Thanksgiving.

According to court documents, Blaha told detectives that on November 16th she gave birth to her daughter in the bathroom of her apartment, the child was alive and crying.

Blaha told detectives it was the child’s cry that caused her and Thoma to panic in a drug fueled state and to take the baby to a half filled bathtub. Where it is reported that together, they allegedly held her under the water until she died.

Both are being held on a 1-million dollar cash only bond. Thoma faces an addition charge of Abuse of a Corpse.

The search for the child’s body has stretched from downtown Fort Dodge, the Des Moines River and in and around the Fort Dodge landfill.

Alpha Media News has verified with Webster County Attorney Darren Driscoll that the search for the baby’s remains does continue.

There is a $1,500 reward through Webster County Crimestoppers for information that leads to the discovery of the baby’s body.