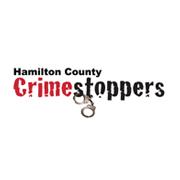 (Alpha Media – Brooke Bickford) Last week, two people who were wanted in Hamilton County were arrested thanks to tips made to the local Crime Stoppers.

Kayla Reynolds and Christopher Hawkins were wanted in connection with a January incident in Jewell for charges including Burglary in the First Degree. Hawkins was taken into custody soon after the event, but Reynolds had been at large. That is until a tip came in that led police to arrest her without incident.

According to Hamilton County Sheriff Doug Timmons, Crime Stoppers had offered $500 for anonymous information leading to an arrest.

“If we have something like this crime that occurred we know the people are hiding from us and somebody knows where they’re at. They are willing to turn somebody in to get $500,” Timmons said.

He said people wanting to help the police and Crime Stoppers can do so anonymously.

“If they see the bimonthly Crime Stoppers poster come out with the most wanted people, if they know where those people are at they can call in and give a tip and if their tip results in an arrest they get the reward money,” Timmons said. “That reward money all comes off donations from the public. It’s a good organization cause it helps law enforcement out and lets the community do their part.”