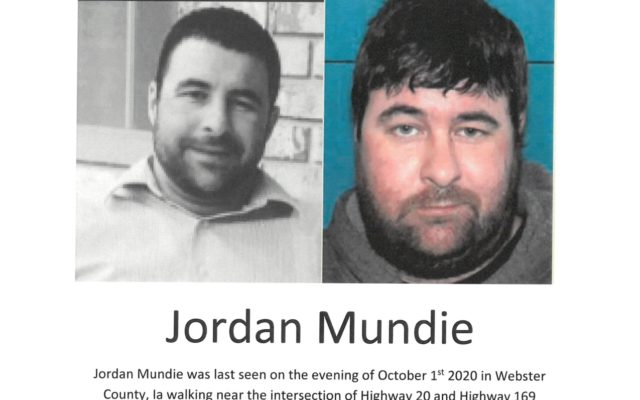 A missing Webster County man has died. The death of 37 year old Jordan Mundie of Fort Dodge was confirmed via obituary information. He was reported missing after last being seen near Fort Dodge October 1st. Earlier this week the body of a man was found in a cornfield near Fort Dodge. The body was sent for autopsy and the results have not come back yet. The identity of the body found, has not yet been confirmed by officials but there is reason to believe that the body found was that of Jordan Mundie.

We here at Alpha Media-Fort Dodge extend our deepest condolences to the family and friends of Jordan Mundie.