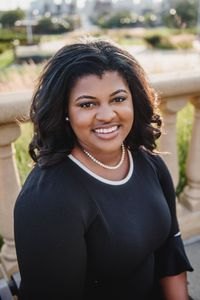 Democrat Deidre DeJear , who ran for secretary of state in 2018, is taking the first steps toward launching a run for governor in 2022.

DeJear is a small business owner from Des Moines. She has formed an exploratory committee to raise money. DeJear is starting a listening tour of the state with an event tonight (Monday) in Des Moines with small business owners.That tour has plans to make stops stops in six eastern and south central Iowa cities this week as well.

In 2018, DeJear was the first Black Iowan to be nominated for statewide office by a major party. She lost to Republican Secretary of State Paul Pate. In 2019, DeJear served as Iowa campaign chair for Kamala Harris’ presidential campaign.