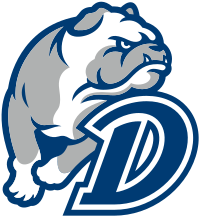 The Drake Bulldogs experienced a renaissance this season under Head Coach Darian Devries. Their tremedous campaign has come to an end being knocked out of the NCAA Tournament. Drake fell Saturday to Southern Cal 74-56 which concluded their season.

Drake hung around early and trailed by just 3, 40-37 at the half. Southern Cal would put the clamps on defensively in the second half as they outscored Drake  32-19. The Trojans held Drake to just 29% shooting for the game. Joseph Yesufu was the lone bulldog in double figures with 26, no ther Drake player had more than 6. The Mobley Brothers, Isaiah and Evan led Southern Cal, they combined for 32 points and 16 boards. Their teammate Drew Peterson added 14.

While the loss ends the year for Drake, they did get a win against Wichita State in the play-in round 53-52 last Thursday. That marked Drake’s 1st win in the NCAA Tournament in 50 years. Joseph Yesufu had 47 points in their two games in the tourney. Yesufu is expected to return and Drake is expected to get Guard Roman Penn back from injury next season as well. ShanQuan Hemphill and Tremell Murphy are among the seiors but could return next seasons, as this year will not count as an eligibility year per the NCAA. Drake finished this season with a record of 26-5, the program’s best season since 2007-2008.