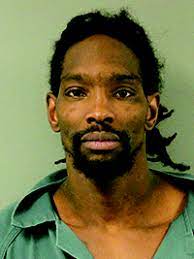 The Fort Dodge Messenger is reporting that a suspect in a fatal shooting last year, is requesting the charges against him be dropped. The Messenger reports that 36 year old Fort Dodge resident, James C Davis Jr. claims his rights were violated. he was held as a material witness and an indictment against him was not filed against within 45 days of his arrest.

He was brought in on a material witness warrant in July of 2020 but was not charged until November. Davis Jr. was charged with two counts of 2nd degree murder after Jamael Cox and Tyrone Cunningham were shot and killed on June 16th of 2020. The shooting took place in Fort Dodge’s Pleasant Valley neighborhood  and wounded two other people.

David Jr. was one of five men originally charged with murder stemming from the incident. Since then, three of those men have had their murder charges dropped and have been charged with weapons violations instead.

Davis Jr. is due back in court later this month, when a judge will hear arguments on the motion to dismiss.

(Photo Of James C. Davis Jr. is courtesy of the Webster County Jail).