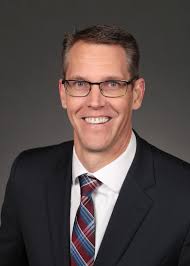 U-S House Democrats have proposed an amendment that would remove a provision by Iowa Republican Congressman Randy Feenstra that provides money in the pandemic relief bill for victims of natural disasters. Areas of Iowa damaged by the August derecho would see some of that money and Feenstra says he will push to keep it in.

(as said)”Unfortunately, it seems that the outcome is already predetermined. But I am not letting this stop me. I will continue to fight for Iowa farmers, families, and Main Street,”

Feenstra says his provision was one last hope for bipartisanship in the entire reconciliation process.

(as said)”I even did my due diligence and reached out to my colleagues on the other side of the aisle who I know have constituents who have suffered loses from natural disasters. I was able to find common ground- but it seems Speaker Pelosi doesn’t care,”

He says Iowa wouldn’t be the only state to benefit.

(as said)”Many states in the south and west were also affected by wildfires, severe drought, and weather-related incidences, the further harmed producers and rural businesses that were already dealing with the economic fallout of the pandemic,”

He says House Democrats would rather use the bill  to fund their pet projects instead of helping natural disaster victims.