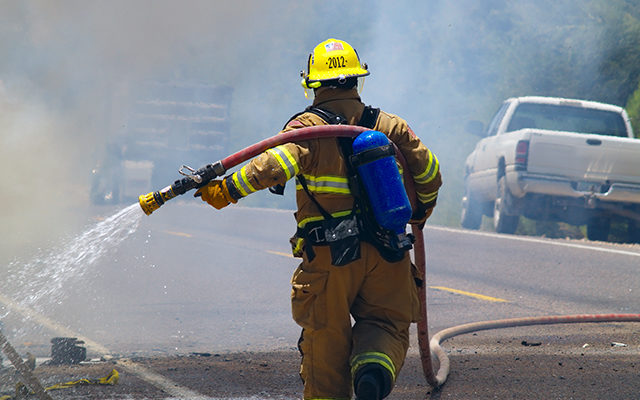 A major fire in Humboldt Monday destroyed an industrial building. Fire Dept. personnel were on scene just before noon Monday at Yacht Club Trailers in Humboldt. A total of 6 different fire departments responded to help fight the fire. They were eventually able to get the fire under control Monday Evening but the building was ruled a total loss. Humboldt’s Fire Chief said the cause of the fire was a motor in the building that shorted and caused an electrical panel to blow out. All of the employees at the facility were able to be evacuated without incident.