Public concern has risen regarding a convicted sex offender’s alleged involvement at a local church. For several years, Cameron Shane Giovanelli was the Pastor at Calvary Baptist Church in Dundalk, Maryland. That church is a member of the Independent Fundamental Baptist or IFB denomination, as his Harvest Baptist in Fort Dodge.

In recent months, Giovanelli has surfaced at Harvest Baptist Church in Fort Dodge. In early 2020, he was convicted in Maryland on charges of 4th degree sexual offense and 2nd degree assault. The young lady from Maryland, who came forward says she was 17 when the misconduct by Giovanelli started. The young lady attended the church he was pastor of, she also attended the church ran by the school. She also says she baby sat for Giovanelli and his wife.

Giovanelli is listed on the Iowa Sex Offender Website, it lists that he has been living in Fort Dodge since fall of 2020. Giovanelli left his position in Maryland and then was the President at Golden State Bible College in California at the time his accusser went public. He resigned amid the allegations and then spent time in the Jacksonville , Florida area.

When reached for comment on Giovanelli’s involvement and role at Harvest Baptist, an office staffer there said ” I think he’s a member here, I am not sure if he’s serving in any capacity”.  Tuesday, a message was left for Pastor Marvin Smith III, Senior Pastor at Harvest Baptist, he has not returned that request for comment.  Photos have surfaced and been obtained by Alpha Media Fort Dodge News Director, Rob Jones that plainly show Giovanelli engaged in activities with Harvest, that include singing in their choir.

Giovanelli served 90 days on his convictions from the charges in Maryland. He was one of many Pastors featured in a series published by the Fort Worth Star-Telegram that investigated allegations of sexual misconduct at over 180 IFB churches nationwide. 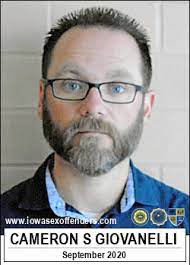