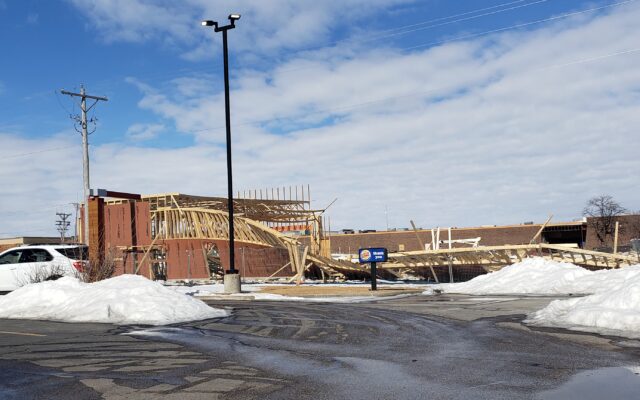 (Alpha Media – Brooke Bickford) Fort Dodge Fire Department Lieutenant Nathan Conrad says that two people were injured in this building collapse located behind Burger King in Fort Dodge. The fire department received the call at 11:14 am today. Lieutenant Conrad says the Fort Dodge Police Department was first on the scene. The fire department responded with one fire truck and one ambulance initially but called out for a second ambulence when they found another person injured. Both individuals have been taken to the hospital. DCI Group out of Des Moines is listed as the overall contractor for the structure. The Webster County Assessor site lists CP Retail 14 LLC as the properties owner.

Swedish Meatball Supper at Our Savior's Lutheran Church. September 14, 2022 Carry out available at the west […]

Join the Friends of Webster County Conservation for a fun night of proving your nature knowledge. We […]

In recognition of National Workforce Development Month, IowaWORKS and Iowa Central Community College will be holding an […]

Mark your calendars! Abate of Iowa District 10 is kicking off their Christmas sprit in September! Put […]

The Browns of Le Mar's, Iowa are a nationally renowned group that has performed in Branson, Nashville, […]

The Clarion Cub Scout pack has been inactive since 2019 due to Covid. Under new leadership the […]