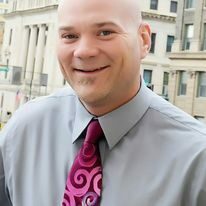 The new year marks the beginning of a new city council in Fort Dodge.

Two new faces join the council. In Ward 2 Cameron Nelson was unopposed in November’s election. Nelson will replace Andy Fritz, while Quennell McCaleb won a second open At Large seat  and will replace Councilman Jeffrey Halter, who decided not to run for reelection after 8 years on the council.

During his last week in office, Halter spoke with Alpha Media News Director Brooke Bickford on how he feels about coming to the end of his term.

Halter said if he was asked by the incoming city councilors for his advice he would start by saying it is ok to say no.

“Your job is to represent everyone in the city of Fort Dodge and everyone truly means everyone. That it’s ok to say no. It’s ok to vote no. That truly as a council member that’s kinda your job is when something doesn’t look right, feel right, then your job is to say no and or to ask questions until you feel that you’ve gotten to where you can say yes. Or that the answers to your questions have made you confident that no is the right answer.”

Halter said it is important to remember to keep integrity and not to forget who you are representing.

An inauguration ceremony for the 2022 city council members will be held Monday at 11am at Fort Dodge City Hall.

Full interview with outgoing Fort Dodge City Council member Jeffrey Halter can be heard by clicking the link below.