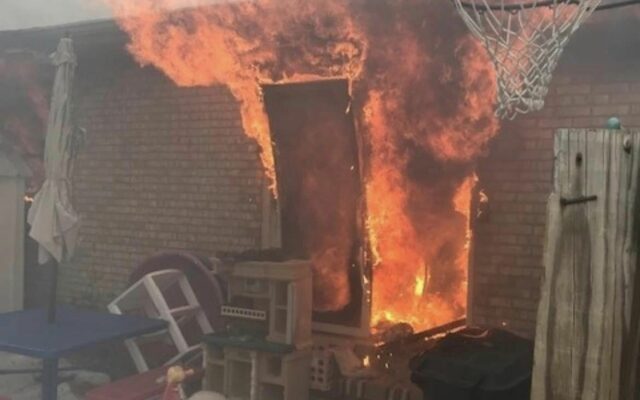 Barely into the new year and Fort Dodge Fire Fighters we’re busy putting out it’s first home fire of the year. The fire was called in this morning at around 10 am to the multi family residence at 2665 — 2669 4th Avenue North Fort Dodge.
According to a release from FDFD Chief Steve Hergenreter smoke and flames were seen coming from the east unit while smoke was coming from the other.
All residents were able to vacate safely but a family pet was killed. The cause of the fire has not been discovered at this time.