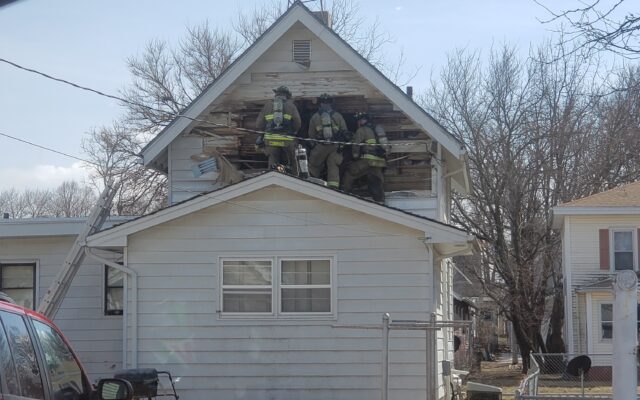 (Alpha Media- Brooke Bickford) Fort Dodge Fire Fighters were called to 2016 4th Ave North at a little after 2:30 pm this afternoon where they found a fire in a second floor bedroom.

According to Fire Chief Steve Hergenreiter, the fire damaged the bedroom, an exterior wall and the whole house had  smoke damage throughout. There were no injuries. Three fire trucks and two ambulances responded to this fire and the Fort Dodge Police

Department kept the Street blocked off so crews could work safely.