The Iowa Dept. Of Public Safety released a statement Tuesday Evening,regarding the situation in Wright County that led to schools being locked down in Eagle Grove on Tuesday Afternoon. The statement form IDPS is below

the Wright County Sheriff’s Office conducted a traffic stop on Hwy. 17 at 10th St NW in Eagle Grove, Iowa.  A deputy believed the vehicle was the suspect vehicle from a disturbance in Goldfield, Iowa, that the deputy was responding to.

The deputy identified the driver as Sean McMillan, 31, of Fort Dodge, Iowa.  The deputy determined McMillan was driving while barred, was in possession of a handgun as a felon, and was a suspect in the disturbance call.  McMillan was placed under arrest, handcuffed, and placed in the front seat of the police vehicle.  While the deputy was dealing with the passenger in the suspect vehicle, McMillan jumped the console of the vehicle, drove at and hit the deputy. The officer fired one round at McMillan.

McMillan abandoned the deputy’s vehicle a short distance later and fled on foot.  McMillan was later arrested at 309 S. Cadwell in Eagle Grove, Iowa, without incident.

The deputy was transported to the hospital where he was treated and released.

The Wright County Sheriff’s Office was assisted by the Eagle Grove Police Department, the Iowa State Patrol, and the Iowa Division of Criminal Investigation.

Below are pictures of the high level of police presence in Wright County Thursday Afternoon. 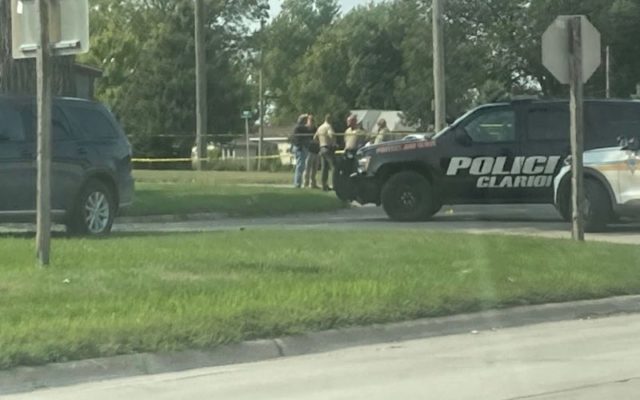 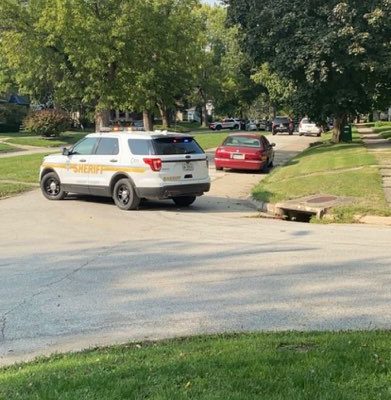