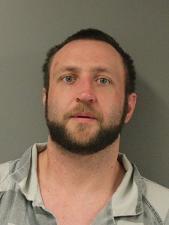 A Webster County man will not be doing any jail time, after he deliberately drive into a building in Fort Dodge last year. 33 year old, Fort Dodge resident Nicholas Ertl was given a suspended sentence of 21 years after a plea agreement.

Ertl admitted to driving his vehicle into the building at Northern Lights Distributing last August, causing damages to the building. He then led police on a chase, assaulted a woman and forced entry into her home while being armed with a knife. Ertl was arrested that day, months later while in jail he allegedly attempted to extort a local business owner and attempted to escape from jail.

In the plea agreement, a plethora of charges against him were dropped. He pleaded guilty to charges of 2nd degree burglary, 2nd degree criminal mischief, possession of meth, possession of a controlled substance and impersonating a public official.