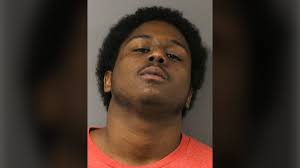 The Webster County man accused of shooting and killing a South Dakota man in Fort Dodge has taken a plea deal. Damion Lamont Chavez of Fort Dodge, has entered a guilty plea to 2nd degree murder. He was originally charged with 1st degree murder and 1st degree robbery after the 2019 incident.

Chavez originally claimed that Yaquop grabbed the gun he pulled on him and the gun went off. Chavez went on the run following the incident, he was apprehended in South Georgia two days after the shooting.

Martinson has already pleaded guilty to a 1st degree robbery charge for his role in the incident. He was sentenced to a quarter century in prison. Chavez is set to be sentenced in August.