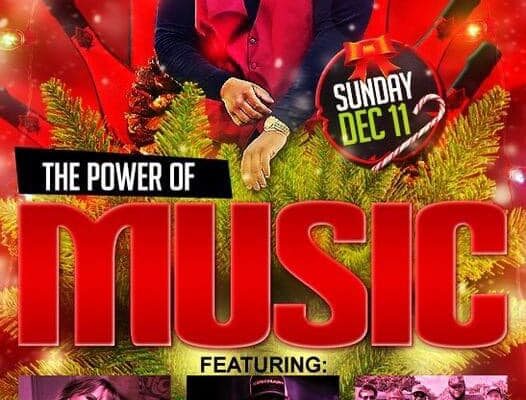 (Brooke Bickford – Alpha Media) Christmas is a magical time for most children but what about the others who may have family who have fallen on hard times?

A local musician is teaming up with a well known community activist to make sure no children have to fall through the cracks this Christmas.

Elijah Smith of the Tank Anthony Band and founder of my Big Brother presents says he wanted to help Charles Clayton with Community Christmas:

“I wanted to do a toy drive with the band that I’m in, the Tank Anthony Band, and I knew Charles already gave back to families,” Smith said. “So I went in and talked to him and he broke it down to me and told me that he took over the Community Christmas and I was like well can I take the load off you this year?”

So this Sunday Smith along with the rest of his band and performances from Scott Kirkhart and Liv McNair will fill the Boardroom Lounge this Sunday during an event called The Power of Music.

Smith says the purpose of the event is to raise money as well as toy donations for Community Christmas and to help out as many families as he can:

Admission to The Power of Music is one new toy or $5. Doors open at 2pm with the music starting at 4 and going until 9pm.