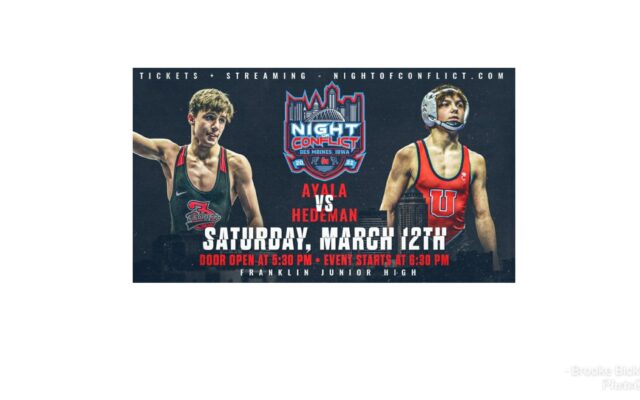 According to IAWrestle.com, fans can expect some of the best of the high school and youth level wrestling competing on stage. The card already has seven matches locked in with state champs versus state champs.

Ayala is the only Fort Dodge wrestler in the lineup and there is competition coming from across the state and even from other states.

General admission and VIP tickets can be found at NightofConflict.com and the event will be livestreamed for premium subscribers of Rokfin.