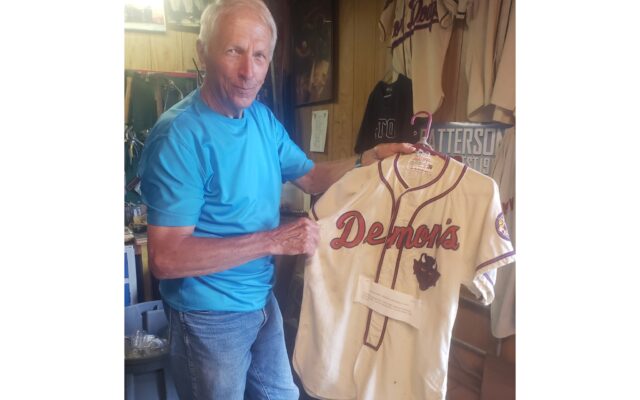 There are few things more American than baseball.

The crack of the bat, the smell of popcorn and the roar of the crowd.

All of which can be found during Teener League games at Patterson Field.

A live action legacy to Jerry Patterson, a man who loved the game.

“Jerry always tried to make it a family affair. That’s why we introduce the players, national anthem, announce the kids names and give away stuff to make it more of a family affair and have fun,” Art Johnson said.

That was Art Johnson, one of the organizers of the Teener League of today. He along with Judge Brown and a host of business sponsors bring the love of the game into the hearts of players in grades 7th through 9th, at no cost to the players or their families.

Something that Jerry Patterson wanted to make sure continued:

Teener League has been around since the 70’s and Johnson says he is hoping to see a renewed interest in the league now that the pandemic has passed and people are getting back out again.

Along with players, they can always use donations. Checks can be made out to Fort Dodge Amateur Sports and mailed to Art Johnson at 1245 North 8th Street Fort Dodge or drop off during a game at Patterson Field.