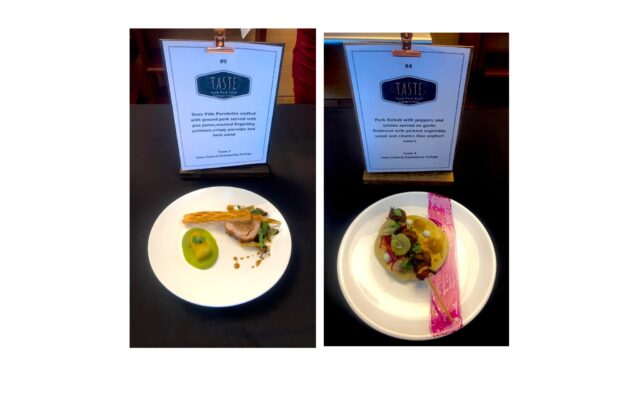 According to a news release from the Iowa Pork Producers Association, the students coming in first prepared a dish stuffed with ground pork and served with pea puree and roasted fingerling potatoes. The second place team made a pork kebab with peppers and onions served on garlic flatbread.

Each member of the first place team received $100 and the program received $750 for scholarship and educational supplies. Second place winners received $50 and the school $500.

Dishes were judged on taste, appearance, complementing side dishes and design.

Photo is of the winning dishes from ICCC Culinary Arts Facebook Page.