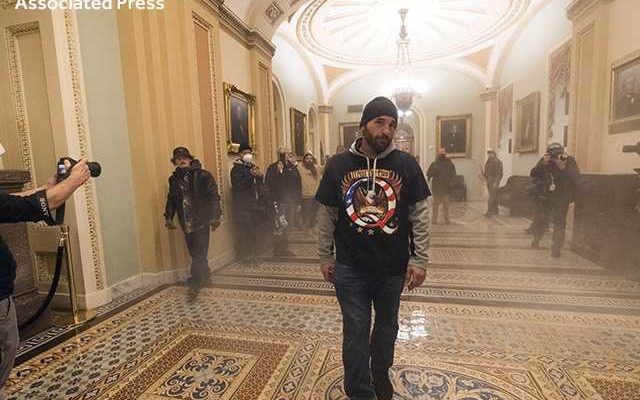 A judge has ordered the release of an Iowa man charged in the January riots at the U.S. Capitol. 41 year old, Doug Jensen of Des Moines has been released and placed on house arrest with electronic monitoring.

Videos and photos have surfaced since the January incident, that show Jensen inside the Capitol in a confrontation with a police officer. Jensen had been in custody since he turned himself just days after the riots.

Jensen and his attorney now claim, he participated in the U.S. Capitol riots, because he was influenced by conspiracy theories that were floating around the internet.

Jensen is charged with entering a restricted building with a dangerous weapon and multiple other charges stemming from the January incident.

(Photo of Doug Jensen inside the U.S. Capitol is courtesy of the Associated Press)