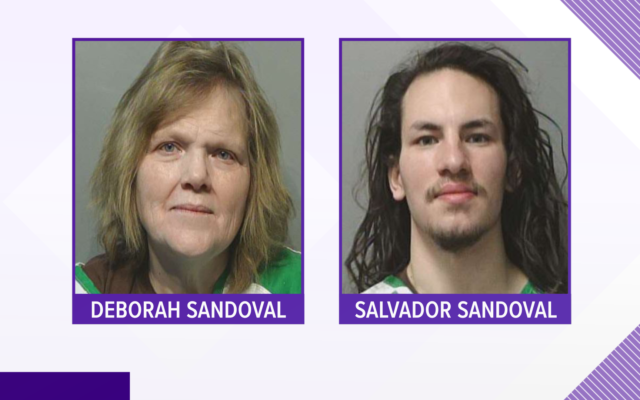 Two more Iowans have been arrested n charges stemming for the U.S. Capitol riots in January. 54 year old, Deborah Sandoval of Des Moines and her 23 year old son Salvador Sandoval Jr. of Ankeny, were arrested last Friday in Des Moines. A longtime acquaintance of the family tipped off authorities to the identity of the mother and son.

Both are chaged with knowingly entering a restricted building, violent entry and disorderly conduct on Capitol grounds. The mother is also charged with disorderly conduct of governement. The son faces an additional charge of obstructing law enforcement.

(Photo Of Deborah and Salvador Sandoval Is Courtesy Of WeAreIowa.Com)