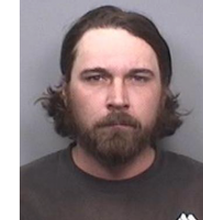 In 2018, Andrea Sokolowski was pronounced dead at a hospital after being found unresponsive in a Webster City residence. Her boyfriend Zackery Nelson Bassett was charged with 1st degree murder stemming from her death. His trial got underway on Tuesday after a long delay , as jury trials were on hiatus much of 2020 due to Covid-19 related concerns. Their was a no contact order on Bassett at the time of Sokolowski’s death. He had been convicted of domestic assault of her in the past. Criminal complaints in the case say that Sokolowski claimed Bassett was physically violent towards her for 18 months or long prior to her death. The jury selection process in the murder trial began on Tuesday.

( Photo Of Zackery Bassett is courtesy of MSCnews.net)