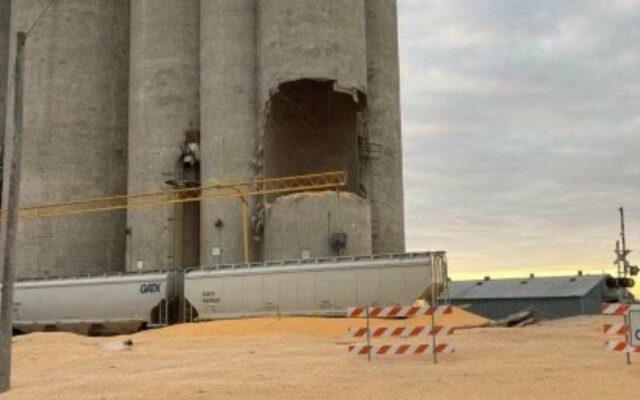 (Alpha Media- Duane Murley/Brooke Bickford)
No one was hurt and structural failure is to blame according to a release from Landus.
This resulted in damage to a concrete grain silo at the facility in Yetter, Iowa this morning.

As a result of the structural failure to the northwest-facing bin at the Yetter grain elevator, a large portion of the concrete wall fell to the ground while a train was being loaded on site around 4:30 am. No one was injured. There was no fire risk, and no one was hurt.
Crews are on-site now working to clean up fallen debris and anticipate all railway blockages to be cleared by evening.