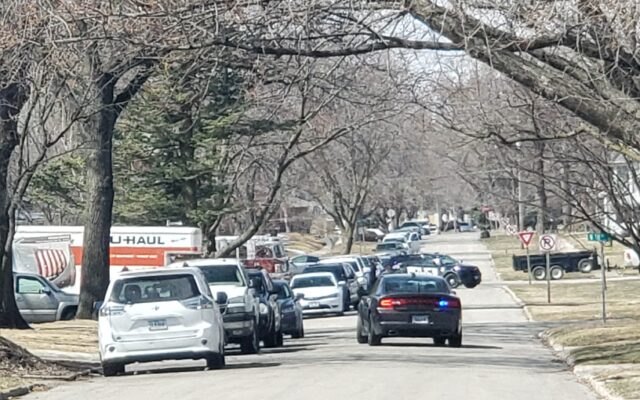 (Alpha Media- Brooke Bickford) The Fort Dodge Police Department ended a two hour standoff at a home in Fort Dodge peacefully this afternoon.
According to FD Police Captain Ryan Gruenberg, at 11:17 am, police were called to the home at 1727 3rd Avenue North after receiving a call into the Webster County Telecommunications Center that a man was threatening to harm himself. The information at the time was that the man had a gun and may have threatened another person in the home.
When officers arrived they found that the man had barricaded himself in a bedroom. Officers communicated with family members of the man who police say helped greatly to diffuse the situation.

The man was taken by police to the hospital a little after 1:00 pm and a firearm was located at the scene, but no shots had been fired.

Police continue their investigation and anyone with information is asked to call 573-2323.

The Fort Dodge Police Department, Webster County Sheriff’s Department and Fire Rescue were on the scene until it was resolved.