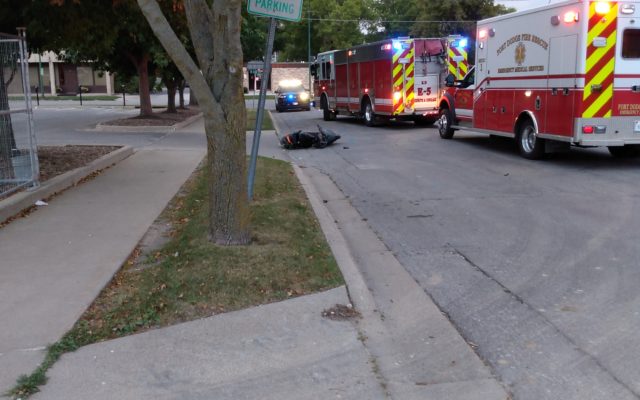 A man was injured in after crashing a moped on Friday night in Fort Dodge. The crash happened as the man was pulling out of the parking lot behind the Community Health Center. Lt. Bates from the Fort Dodge PD said, the man hit the bump on the way out of the parking lot and lost control. The man has not been identified as of the time of this report. He suffered what was described as a “minor injury to his lower leg” and was transported by Ambulance to be treated at Unity Point Fort Dodge. Lt. Bates did mention that they license plate on the moped didn’t come back clear. He was unsure of the exact nature of that situation as of the time of this report as well.

(Photo shows the wrecked moped, and the police and rescue personnel presence on the scene).