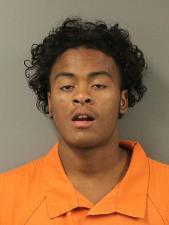 18 year old Denhario Lewil of Fort Dodge entered a not guilty plea Monday to a charge of 1st degree murder. Police Say Lewil shot and killed 18 year old Jlynn Beason Sept. 20th on South 14th St. in Fort Dodge. Lewil previously entered a not guilty plea to a charge of attempted murder in regard to Beason’s brother. Police say Beason’s brother and Lewil had an argument prior to the shooting incident.