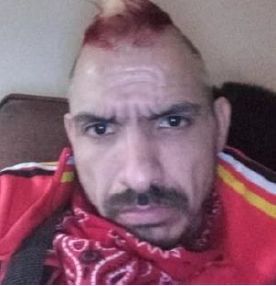 The man wanted for last week’s murder of a Mason City man was arrested on Monday afternoon after a standoff with authorities in Algona.

Gonzalez is being held in the Cerro Gordo County Jail on a $1 million cash-only bond pending an initial court appearance.

(Photo Of Benjamin Gonzalez is courtesy of North Iowa Today.com)