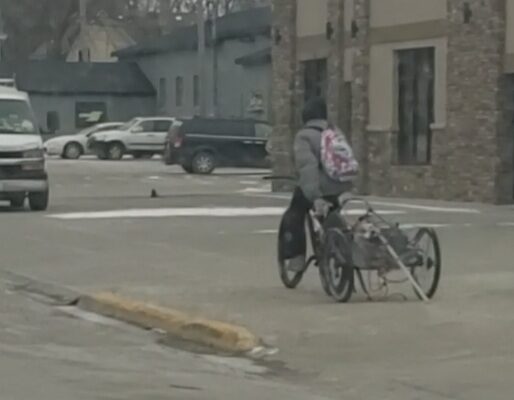 (Alpha Media – Brooke Bickford) Homeless in Fort Dodge, City Manager David Fierke said the issue is top of mind for the city and the
approach is one that is evolving.
Right now it is more reactive rather than proactive and that is something Fierke said needs to change.
“We need to get a better plan. Because right now we do react to incidences or situations. When it gets warmer we’ll see people camping in the parks and then we have to address that situation and try to get them help,” Fierke said “We also have issues with if there’s a house that’s been vacant, people will be squatting in that. Or we have problems with break ins in abandoned houses and people stealing copper.”
Fierke said the public and neighbors can be very helpful in those situations and share with law enforcement that they are suspicious that someone may be in a home or building they shouldn’t be in.
There is a level of frustration that happens in a community like Fort Dodge, that offers many resources that people from other locations come to utilize, but either fall short, or the resources aren’t able to properly help them, as in the case with many mental health issues.
Fierke said this adds to the problem on the streets and for law enforcement.
“We have situations where people are brought to this community from outside seeking assistance, which as a community we’re not set up to offer,” Fierke said. “There are folks who are dropped off at the shelter and they have mental health issues and the shelter is not for mental health issues. We need to be able to react to those situations and get the person the care they need.”
Fierke said facing the homeless problem is one that can’t be done alone, that working with the local shelters, law enforcement and the individuals themselves on a case by case basis is what it is going to take.

On Monday I will talk with Republican State Representative Ann Meyer of Fort Dodge on what is being done on the state level and how some relief for the system may not be so far away.