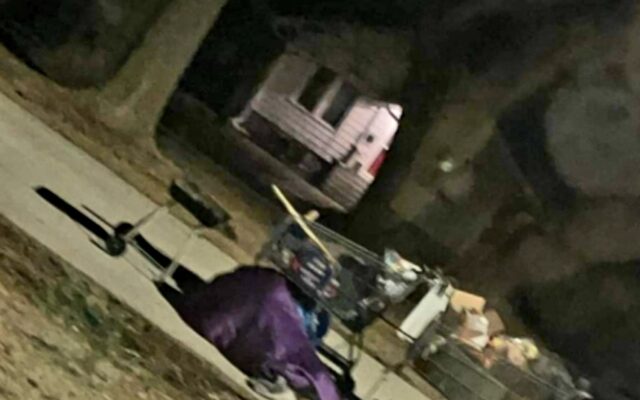 (Alpha Media – Brooke Bickford) This is a sad and dangerous situation and one that needs answers. Through this week I will be interviewing the people who are trying to make a difference in Fort Dodge when it comes to homelessness.

Front and center in this effort are our men and women in law enforcement.

Homelessness many times can be traced to a mental issue.

Fort Dodge Police Chief Roger Porter said in those cases jail is not necessarily the right place for the person, but without an alternative, sometimes it’s the only place

“We go to a situation whether it’s a homeless person that may be mentally unstable to some degree and we know that the jail is not where they need to go. If they break the law or cause a disorderly, a lot of times it’s due to their mental state, it’s not that they have any criminal intention,” Porter said. “Unfortunately there is just no place to put them and in order to keep the public safe and keep themselves safe we’re forced to charge them with the crime they’ve committed and put them in jail just to alleviate that and  we all know that’s not where they belong they need some mental health.”

Law enforcement are charged with handling mental health situations. Arrests, along with the jail have become replacements for the space in places such as three east that used to be in the hospital in Fort Dodge.

“I’ve sat in on a number of meetings with Ann Meyer and some other representatives from DHS down in Des Moines. I know Ann’s trying to push some stuff through the legislature to get some help and get some beds,” Porter said. “That’s where we really lost on the mental health aspect. When three east was here it wasn’t as big of an issue. You don’t see it on the street cause there was a place for them to go. You don’t have that now, and that’s something that Ann Meyer is trying to push through to get some places in the state that will take those people that need that help.”

If you have concerns over a situation, Chief Porter said you can always call the police department.

Chief Porter said the issue is not exclusive to Fort Dodge, but people serving our area all have a desire to see positive healthy change.

And that includes the city of Fort Dodge.

On Friday, I will speak with Fort Dodge City Manager David Fierk about the situation and how a solution is on everyone’s mind.