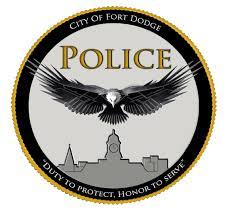 Crime is not a Fort Dodge problem, it is a nationwide problem and last night during the Fort Dodge City Council meeting members of the Fort Dodge Police Department spoke about how in order to combat crime, they need more help.

A plan to add new officers over the course of a few years with the ultimate goal of reaching 48 was discussed last night.

FD Police Chief Roger Porter, who retires in the spring, says he is hoping to see three new officers added to the force in this next fiscal year, bringing their numbers to 43.

Chief Porter discussed the officers in other comparable cities like Mason City that currently has 48 sworn officers.

The proposed budget for the FDPD is a little over 4-million dollars and would include adding the three new officers in this fiscal year’s budget.