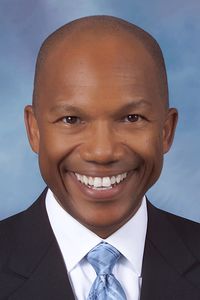 Iowa now has its first black leader of either major political party. State Representative Ross Wilburn has been chosen as the Iowa Democratic Party’s new Chairman. Wilburn replaces Rep. Mark Smith the outgoing chair, who chose to seek a 2nd term. Wilburn currently represented the 46th District in the Iowa House. That district covers part of Ames and Story County. He was a candidate in the Democratic Primary for Governor in 2018 but was unsuccessful. Wilburn ran unopposed for the Iowa House in a special election in 2019 and then again in a general election last year. Since 2014, Wilburn has worked at Iowa State University. He says he will resign from the post to focus on his new role.