Multiple people were hurt in an accident Saturday morning in Fort Dodge. Reports of the crash came in just before 9:30 AM. The Fort Dodge Police Dept. says the accident was caused by a driver having a medical episode. That driver hit a utility pole and then crashed into another vehicle. The crash into the utility pole caused an interruption in electric service in the area and led to reports of alarms at nearby businesses.

The accident report says, a driver in a Chevy Truck on 2nd Ave North, he had a medical episode. The driver then hit the utility pole, and collided with a GMC SUV.

The SUV had four children as passengers. All 6 people involved in the crash suffered injuries and were transported to Unity Point Health Fort Dodge.

Names of the drivers had not been released as of the time of this report. We plan to have more when new information emerges. 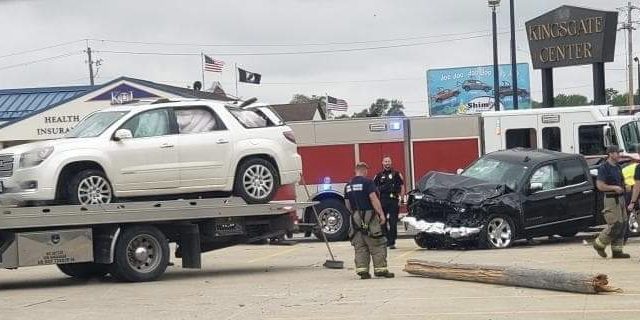