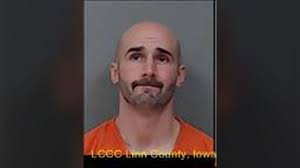 A second Iowa man has been arrested for his role in the invasion at the U.S. Capitol on January 6th. Leo Christopher Kelly was taken into custody on Monday in Cedar Rapids. Kelly is charged with knowingly entering or remaining in a restricted building without lawful authority, violent entry with intent ti disrupt government affairs and disorderly conduct on Capitol grounds. In an interview, after the invasion and prior to his arrest, Kelly admitted to entering the Capitol building.

The comments from Kelly are excerpt from an interview done with LifeSite News. Kelly is being held in federal custody. He’s the second Iowan arrested following the incident, Des Moines resident Doug Jensen was the first.

(Photo Of Leo Kelly is courtesy of KCRG.com)