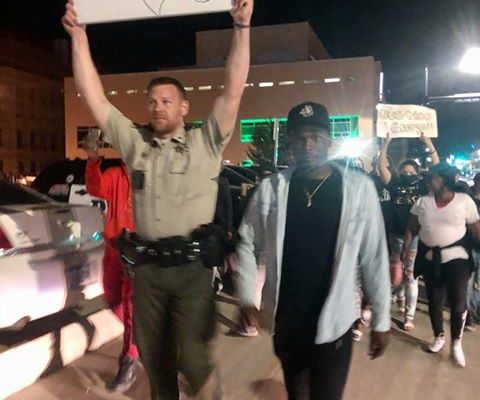 Sgt. Tony Walter from the Webster County Sheriff’s Office spoke with Rob Jones on “Dodger Weekly” on KVFD AM 1400. Walter talked about his campaign for Webster County Sheriff, his win in the primary and the general election later this year. He also spoke at length about the Black Lives Matter march in Fort Dodge for the 1st time since the protest. The image of Walter carrying a sign that read “Black Lives Matter” during the protest was another topic of discussion. Walter talked about how that was viewed as a politically motivated move but was genuinely what he felt was the right thing to do. Below is the full interview. (Photo Courtesy Of Mercedes White)