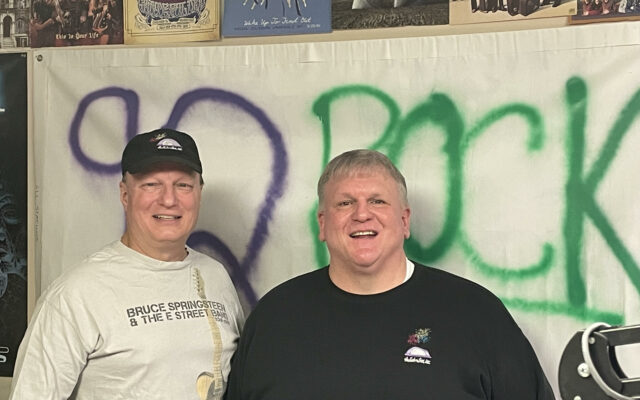 In celebration of its 20th anniversary, Shellabration is planning a party. Slated for Saturday, June 11th, this  year’s lineup will include Bret Michaels as headliner with special guest Molly Hatchet. “We wanted this  year, our 20th anniversary, to be a party, and oh what a party it will be, said Shellabration Director, Craig  Schlienz. Bret Michaels was the perfect choice. He delivers a high energy, hits laden concert experience.  He’ll definitely live up to his Nothin’ But a Good Vibe Tour title”, added Schlienz. Shellabration Vice President, Ted Bodensteiner, concurred. “From Bret’s Poison hits to his solo hits, he exudes energy from  show start to finish. He’ll truly help us live up to our motto, Fort Dodge Rocks”, emphasized Bodensteiner.  This year’s event will once again take place on the Fort Dodge Soccer Association fields at Rogers Sports  Complex.

Rising to global stardom as the front man of Poison, one of rock’s most iconic and enduring bands, Bret  Michaels helped define the rock n’ roll scene on the Sunset Strip. Their massive success includes selling  over 30 million records worldwide producing scores of hit singles like “Nothing But A Good Time”, “Talk  Dirty To Me”, “Unskinny Bop”, “Every Rose Has Its Thorn”, “I Want Action”, “Fallen Angel”, “I Won’t Forget  You”, Stand”. “Ride the Wind”, “Your Mama Don’t Dance”, “Look What the Cat Dragged In” and  “Something To Believe In”. Equally as successful, Bret’s career also charted its own course with multiple  solo albums.

When this multi-talented performer isn’t touring, he can be found both in front of and behind the camera as  a director, producer and a reality TV superstar. His first foray into reality TV brought the record-breaking  “Rock of Love with Bret Michaels” franchise to VH1, one of the most successful shows in the network’s  history. Following three successful seasons of the show, he teamed up with VH1 for the docu-series “Life  As I Know It” setting even more records. Bret has also starred in and won NBC’s hit show, “Celebrity  Apprentice”. Coming into the show as the underdog, his tenacity and business sense helped him win the  series, raising well over $300,000 for Diabetes research. Michaels latest television endeavor, “Rock My RV  with Bret Michaels” will see Michaels and his team revamping and redesigning dilapidated RV’s in true  rock star form and style. The show will begin airing on the Travel Channel in May.

As if having one national act on the bill wasn’t enough, this year’s Shellabration event will also include Molly Hatchet as direct support. Formed in Jacksonville, FL, in 1971, the band is known for its Southern  Rock sound. The peak of their commercial success came between 1978-1984 releasing hits like “Flirtin’ With Disaster”, “Dreams I’ll Never See”, “Whiskey Man”, “Gator Country” and “Satisfied Man”. “Having  Molly Hatchet in the lineup will be a trip back in time for me, said Shellabration President, Jim Reed. I  remember shagging the drag in Fort Dodge back in 1980. Flirtin’ With Disaster would come on the radio  and you’d hear it up and down Central Avenue from nearly every Camero and TransAm. 80’s music rules.  Ah, the memories”, reminisced Reed.

Tickets for Shellabration 2022 go on sale Saturday, March 26th at 12AM (midnight Friday, 3/25). They will  cost $40 in advance and increase to $50 beginning on Monday, May 30th leading up to the show on  Saturday, June 11th. They will initially be available online only at www.ticketweb.com. Tickets can be  purchased locally at Hy-Vee and other retail locations in Fort Dodge beginning on Saturday, April 16th.  Kids 12 years of age and under are admitted free and all tickets are general admission with festival style  seating.

Shellabration Inc. is a tax exempt 501(c)4 non-profit organization consisting exclusively of unpaid board  members and volunteers. The organization’s mission is to make a positive contribution to the quality of life  and the economic development of the greater Fort Dodge area through the delivery of exciting, family friendly entertainment and performing arts options. In years when a profit is realized, 100% of the net  proceeds remain within the organization and are used to help stage additional events like Downtown  Country Jam, to attract bigger headliners each year and to perpetuate the organization’s mission in down  financial years. More information regarding either the event or organization is available at  www.shellabration.org or by calling Jim Reed at (515) 570-0176.