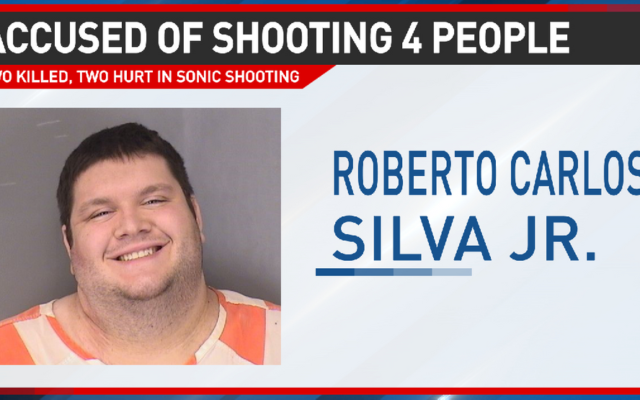 A Nebraska man has been arrested after police say he opened fire at a restaurant there over the weekend. Just before 9:30 Saturday Night, 23 year old Roberto Carlos  Silva Jr. allegedly shot and killed two people and wounded two others. The shooting incident took place at a Sonic restaurant in Bellevue, Nebraska. 22 year old Nathan Pastrana and 28 year old Ryan Helbert both died on the scene. 25 year old Kenneth Gerner and 18 year old Zoey Reece Lujan were injured all four of them worked at the Sonic. Officials say while Silva never worked at the restaurant, he had been arrested after an incident there just day before the shooting. He was arrested on a charge of identity left last Wednesday after he allegedly charged nearly $60 worth of food on someone else’s Sonic app. Silva was taken into custody without incident Saturday Night less than 20 minutes after the 1st shots were reported.