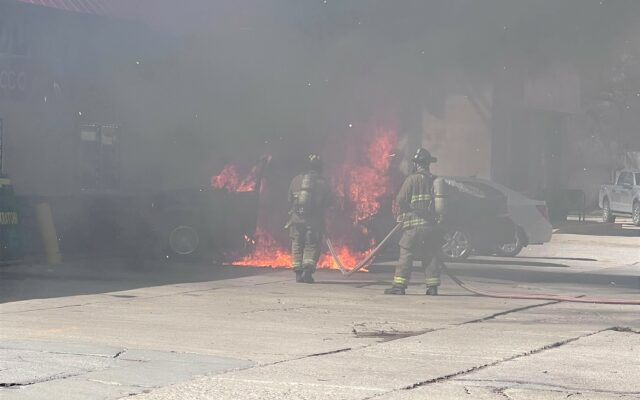 (Alpha Media- Brooke Bickford) Two adults and a 7 year old child were rushed to the Iowa City Hospitals and Clinics Burn Unit and another adult transported to Unity Point following a vehicle explosion just after 3:00 pm Saturday in Fort Dodge.

The vehicle was in the parking lot of World Liquors and Tobacco, located on the corner of 6th Avenue North and 15th Street.

According to Fort Dodge Fire Chief Steve Hergenreter, once on the scene, first responders went to work treating and transporting the injured occupants and quickly extinguished the fire.

The fire has been determined to have been caused by an occupant using butane inside the SUV and one occupant lit a lighter creating the explosion.