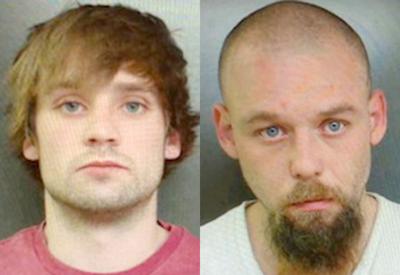 Two men escaped from the jail in Sac County Friday, one was located and apprehended over the weekend. 35 year old Rockwell City resident Joseph Sly and 25 year old Lake View resident Shawn Freier escaped after an altercation with an officer at the jail. According to the Sac County Sheriff’s office, the two men locked a female officer in a cell. The two men then ran toward a janitor at the jail who opened a door to the outside. Sly exited that door while Freier exited from a window. Saturday Morning law enforcement found Sly walking down a street in Sac City and apprehended him. Freier remained at large as of the time of this report. Sly was originally jailed on charges of sexual abuse and domestic violence. Freier was in for domestic violence as well. Both are charged with escape from custody and other charges are pending related to this incident. Anybody with info regarding the whereabouts of Shawn Freier is asked to contact the Sac County Sheriff’s Office at 712-662-7127