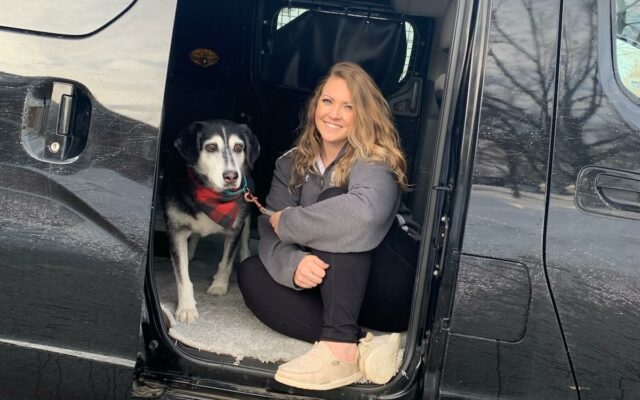 A contract between the Webster County Board of Supervisors goes into effect Wednesday with a new animal protection officer,

Kaila Blomberg, owner of Webster County Animal Protection, was awarded the contract earlier this month. Alpha Media News Director Brooke Bickford spoke with Blomberg about the opportunity and her plans.

“Trying to get a handle on some of the issues that we have going on in town. We do really have a feral cat issue here in Fort Dodge, but also we have a lot of dogs at large and I think a lot of people don’t understand how dangerous that can be not only for the dog but also for drivers or pedestrians or for other wild animals that are outside, it’s just not a good idea.” Blomberg said. “Trying to get some of these issues under control I think is going to be a really cool challenge.”

The position of animal control has traditionally been done by one person working 24 hours a day 7 days a week. This was something Blomberg wanted to change.

“It’s just not feasible for one person to be on call all of the time.” Blomberg said. “So when I decided to do this a very good friend of mine who I’ve worked in rescue with previously reached out to me and said she would also be interested in doing this, so we decided to take it on together.”

Blomberg says it is important for people to know how to go about getting help if they see an animal hurt or on the loose.

“The first thing they are going to want to do is call the non-emergency police line and talk to dispatch. Blomberg said. “Then dispatch will call me or the person on call and then we will respond to the call once we hear from dispatch.”