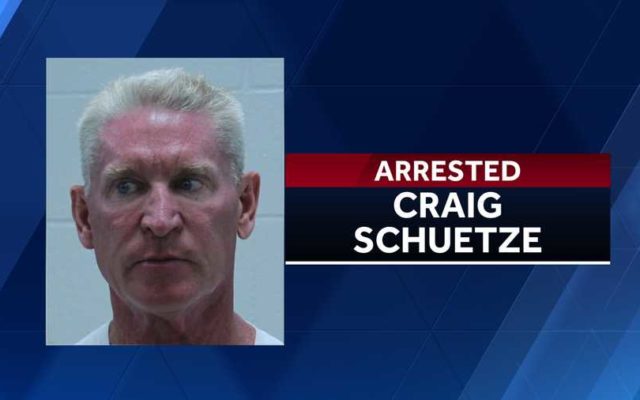 A Western Iowa police officer was arrested while on duty earlier this week. The Pottawattamie County Sheriff’f Office says they arrested Council Bluffs Police Detective Craig Schuetze on Tuesday. He is charged with domestic abuse assault and strangulation with bodily injury.

Police say that Schuetze allegedly choked his adult son during an argument. Court documents say, jis daughter heard the commotion and told investigators her father admitted to strangling her brother, when she asked what happened.

Schuetze is a 19 year law enforcement veteran. He’s currently on administrative leave during the investigation of the incident.