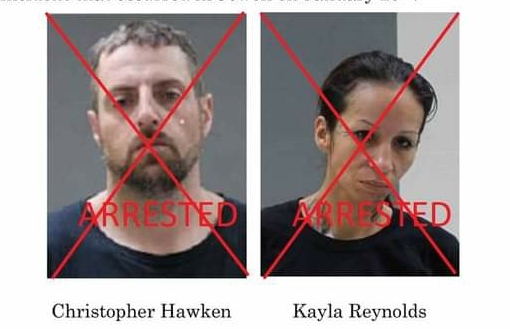 A woman wanted by the Hamilton  County Sheriff’s Office for multiple charges stemming from a January incident in Jewell has been arrested thanks to a tip made to the local Crime Stoppers.

Reynolds and another individual, 37 year old Christopher Hawken were wanted by the sheriff’s office for charges including Burglary in the First Degree for an incident that took place January 25th in Jewell.

Both arrests were made following tips made to the Hamilton County Crime Stoppers. The group had offered rewards for information leading to the arrests of both individuals.