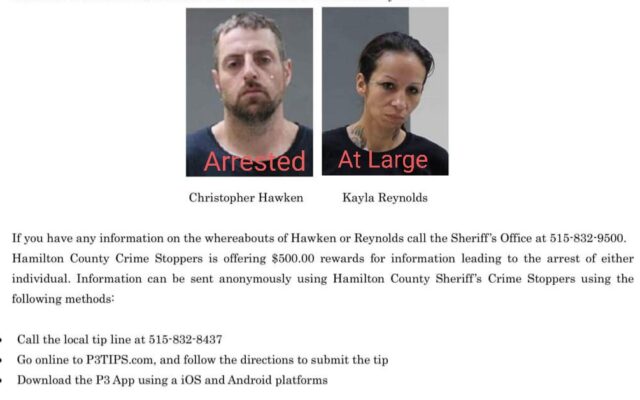 A woman wanted by the Hamilton  County Sheriff’s Office for multiple charges stemming from a January incident in Jewell is still at large.

Reynolds is wanted for Burglary in the 1st Degree, Willful Injury, Causing Bodily Injury and Violation of Terms and Conditions of Release.

Reynolds and another individual, 37 year old Christopher Hawken were wanted by the sheriff’s office and Hawkin has been arrested without incident.

Anyone with information about Kayla Reynolds whereabouts is urged to call 515-832-9500. There is a $500 reward being