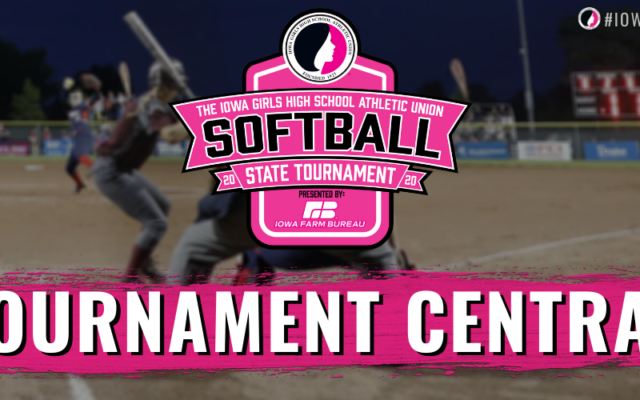 Friday night, will mark the 2nd consecutive year Fort Dodge has played for the richest prize in Iowa High School Softball. Last year, was a historic season as the Dodgers made the program’s inaugural appearance in the State Finals. This year they are back, it’s a group focused on accomplishing a mission. A mission that many of them have been on together since they were little kids. Winning it all on Friday would mean the culmination of that quest for not only the players but for Coach Andi Adams. She has spent the last 2 decades getting the program to this moment.

To claim “the big gold trophy”, Fort Dodge will have to take out CIML rival Ankeny Centennial. It will be the 5th meeting between the two teams this season. Coach Adams says both teams know what to expect

The Dodgers took three of the four regular season meetings. The two teams split the double header in Ankeny on June 1st. The Dodgers swept the twin bill at Harlan Rogers on June 25th. The combined margin in those two games was 8 runs.

Junior Pitcher Jalen Adams is expected to start in the State Finals. Adams has been good against Centennial this season, she’s 2-0 with a Save in 3 appearances andhas given up just one run in 15 innings of work.

The Dodgers knocked off Centennial in last year’s State Semifinal round 5-3. Martyne Lowrey provided late game heroics in that one belting a two run homer late to lift the Dodgers.

Is this the game where the perceived Dodger destiny becomes the reality? Find out Friday night, a 7:20 Pregame Show, 7:30 1st Pitch on 99.7 FM and here on our website.